In the midst of a busy summer, Marcia Ramsey, a founder of Greengate School, met up with one of her former students at Cyn Shea’s. Casey Frederick had recently graduated from Mississippi State as a landscape architect and was back in Huntsville working with a firm. After a few minutes of catching up, it was serendipitous to discover that they were both working to prepare for a new school year at Randolph.

Casey’s firm had been contracted to develop the design and layout of the new courtyard entrances for Randolph’s Drake Campus. Marcia was busy with teacher training and preparing her Greengate students for their new school home at Randolph. A few months ago, no one might have guessed that their paths would cross at Randolph.

A few months ago, no one might have guessed that their paths would cross at Randolph.

Casey lights up when she talks about Marcia. It’s clear that Marcia has had a profound influence on her. Casey attributes much of her educational development and academic success to Marcia and Greengate’s Orton-Gillingham pedagogy. Casey begin working with Marcia as a 2nd grader and was one of Greengate’s first students.

Marcia refers to Casey as a “determined, resilient and resourceful” student who developed her own strategy for improving her ACT score. Marcia jokes that Casey’s approach was so successful she could have marketed it to others. “She figured out her weaknesses and learned how to attack the questions to her advantage. She also practiced a lot.” Marcia is clearly proud of Casey and her many academic successes.

Casey said that, because of her work with Greengate, high school was relatively easy. She thought that while college had its challenging moments, she was generally prepared, making all As and Bs. Although Casey’s dyslexia prompted her work with Greengate, she learned a lot more about herself in the process. Casey learned what she was good at. She learned how to work through her challenges. She learned to love school.

“Casey is a great example of what students with dyslexia can achieve. She never gave up when things were against her. She wears her dyslexia with pride and learned to advocate for herself to get what she needed in high school and college,” says Marcia.

If you are interested in learning more about Greengate School at Randolph, visit us for our K-8 Preview on October 18, where you can see the Greengate program in action and speak with teachers and administrators. 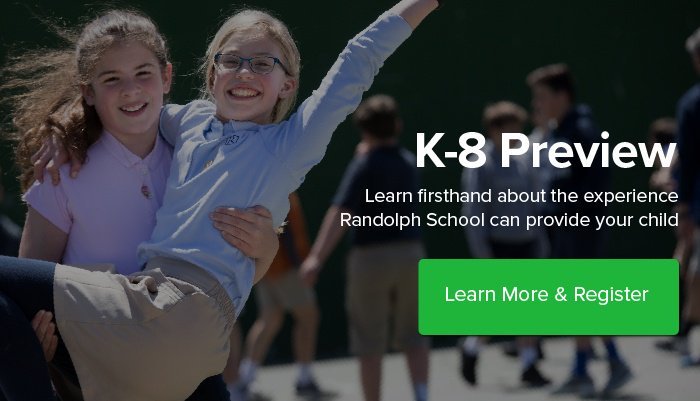